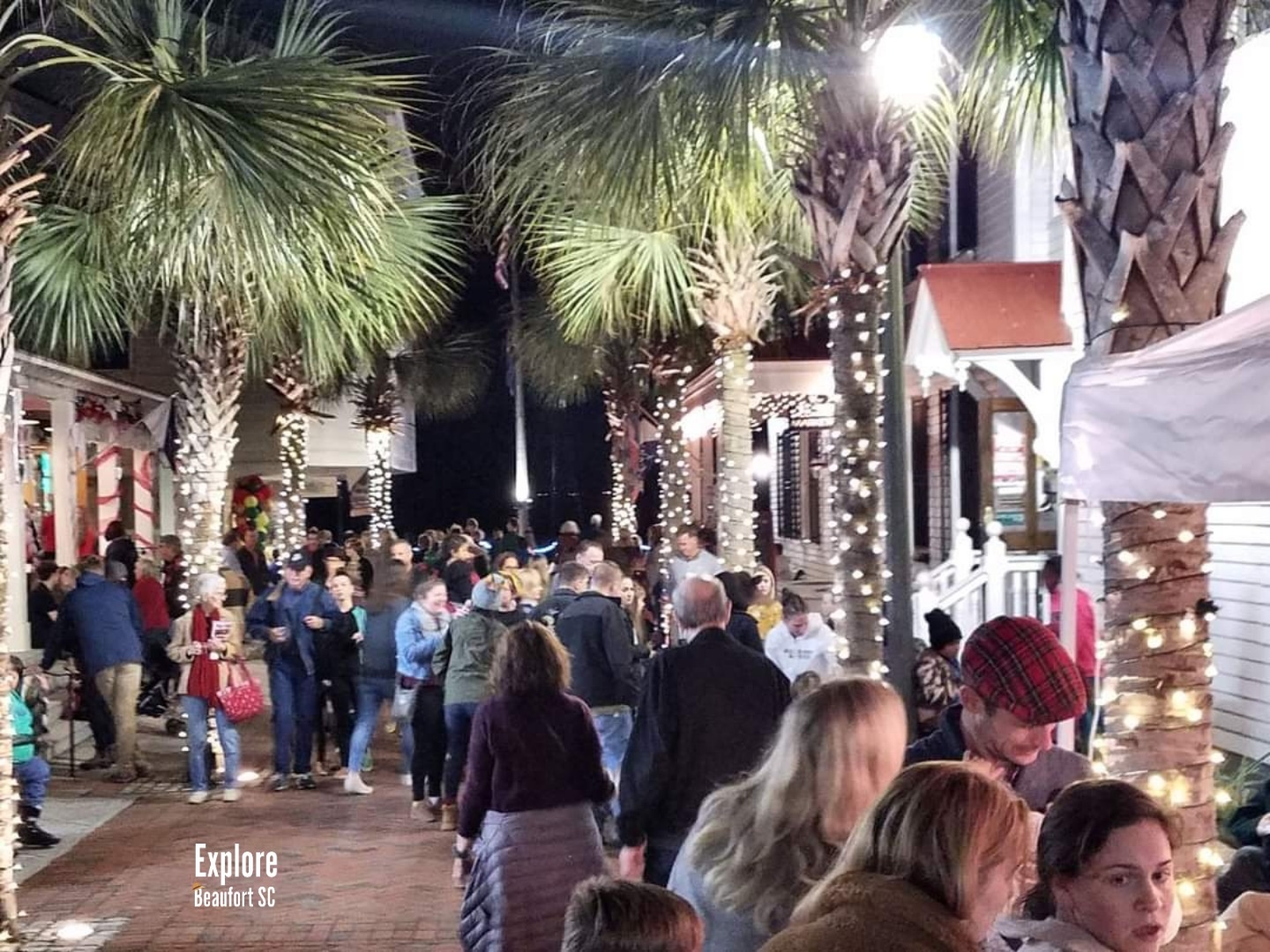 The City of Beaufort is getting ready for the holidays.

The weekend of Dec. 2-4 will be packed with music, food, entertainment, shopping, parades – and Santa, of course!

The weekend kicks off with Night on the Town at 6 p.m. on Friday. Bay Street will be closed to traffic. Downtown retailers will be open. Roving choirs from Beaufort High School will be singing Christmas carols, while the Parris Island Marine Corps Rock Band will perform on the main stage at Charles and Bay streets. Other performers on that stage will include the Praise Assembly Dance Team, Beaufort Dance Academy, Southern Unlimited Dance Company, and United Dance Plex. The Community Bible Church Soul Patrol Puppet Team will perform at Bay and Carteret streets.

Parents can bring their kiddies to have their pictures taken with Santa on the West Street Extension from 6-8 p.m. Mayor Stephen Murray will read “The Night Before Christmas” on the main stage, and the Christmas tree lighting will take place at 8:30 p.m.

The Gullah Taste of Christmas kicks off at 11 a.m. at Henry C. Chambers Waterfront Park. The Lighted Boat Parade begins at 5:30 p.m. – grab a seat at the park to get a great view.

The annual Christmas Parade, led by Santa and featuring local bands and lots of floats, begins at 3 p.m. in downtown Beaufort.