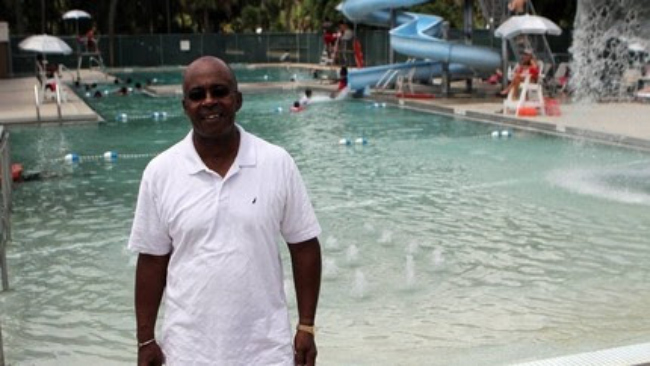 The ceremony will be broadcast live on The County Channel at https://www.youtube.com/c/TheCountyChannel

Alvin Settles, a native of South Carolina, started a swimming lessons program after the Greene Street Gym Pool was built in 1981. He stayed for more than 30 years, giving lessons to thousands of children and adults over the summer months during his break as a speech-language pathologist for the U.S. Department of Defense School System. A new pool was constructed in the mid-1990s at the current location, and eventually, the complex was renamed the Charles Lind Brown Community Center.

In May 2015, he was recognized for his service to our community by the SC House of Representatives via a resolution sponsored by Kenneth Hodges, a state representative and pastor of Mr. Settles church, “Whereas, many of Mr. Settles’ students who never would have had exposure to swimming or the opportunity to learn how to swim have excelled, some of them even becoming lifeguards.”

In June 2015, the Beaufort City Council proclaimed June 23 as Alvin Settles Day in honor of his many years of service to our community.

Beaufort County Council, by resolution, on May 9, 2022, does affirm that the outdoor pool facility at the Lind Brown Recreation Center shall be named in honor of Mr. Alvin Settles.