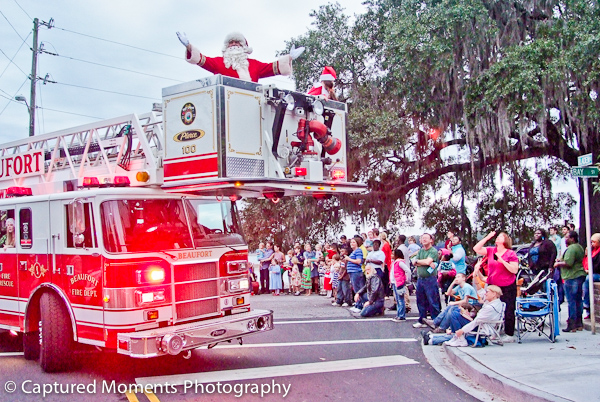 What’s Christmas without a Christmas parade? On Sunday, December 4th, half of Beaufort turns out to enjoy the annual Beaufort Christmas Parade as it makes its way through the streets of historic downtown Beaufort at 3pm. Come see the holiday-themed floats, marching bands, fire trucks and lots more.

The parade follows the traditional Beaufort SC parade route from the Beaufort National Cemetery, along Boundary and Carteret Streets, then up Bay Street and finishes along Bladen Street.