Beaufort County Black Chamber of Commerce: ‘Working Together, We Can Make A Difference’ 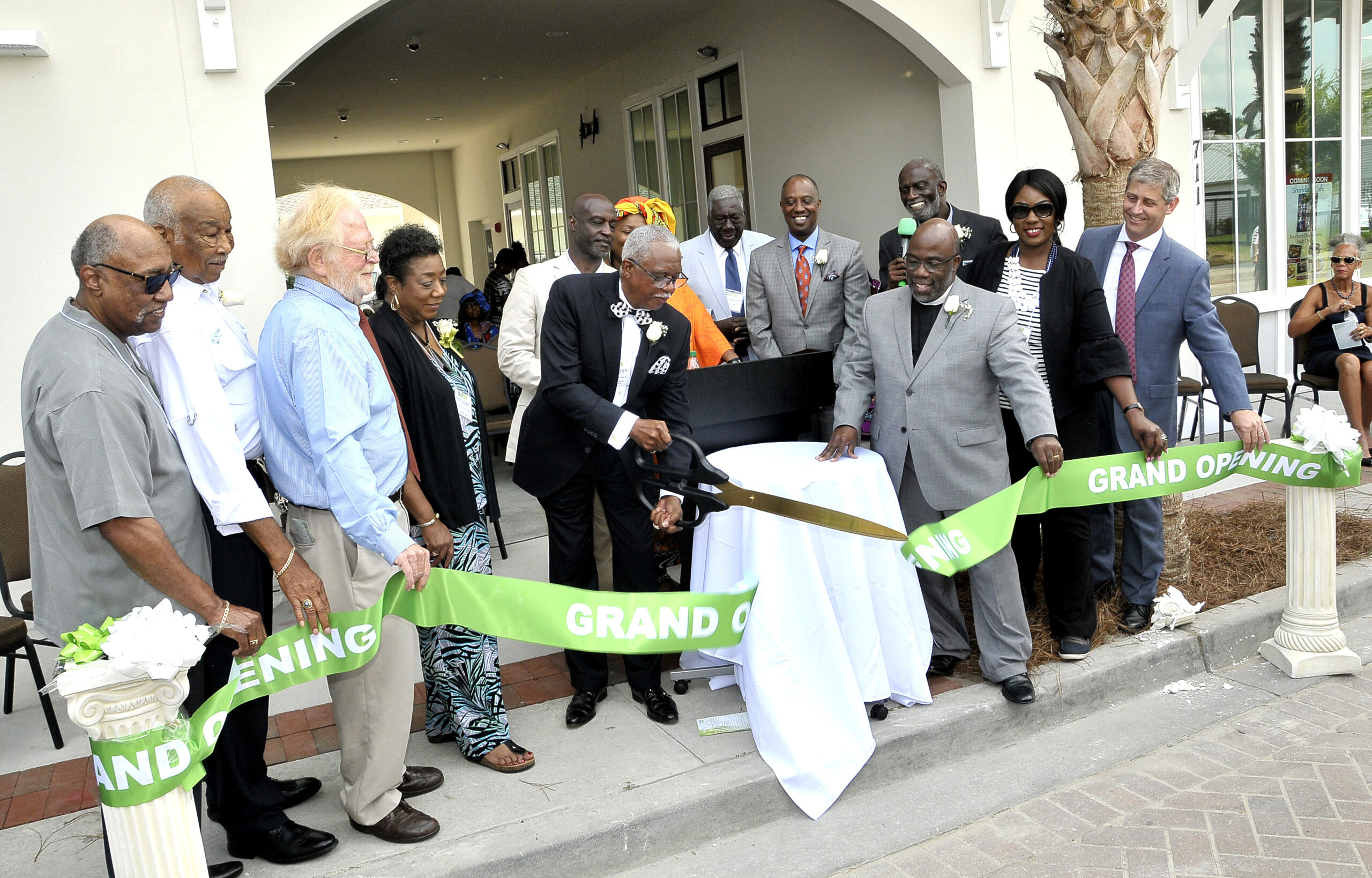 On a recent, bright, sunny Friday morning the Beaufort County Black Chamber of Commerce (BCBCC) is changing the face of Beaufort SC.

“The ribbon-cutting and Grand Opening of our new building today is the Chamber’s motto brought to life,” said Larry Holman, BCBCC President. ‘Working Together, We can make a Difference’… I think today is evidence of our making a difference in our community.”

The Beaufort County Black Chamber of Commerce has come a long way since its founding in 1999. Starting from an idea, about $5,000 and a handful of members, the chamber has grown into a multi-million dollar organization that takes its mission seriously and is – literally – changing the face of Beaufort County. As we look back at the inception of The Beaufort County Black Chamber of Commerce (BCBCC), we are reminded that in the past, days before BCCC was scheduled to open, it was vandalized with the N-word in red spray paint, the hate didn’t stop there, the property soon to be home to BCCC was also set on fire. Yet Larry Holman stood true to his vision of planting a chamber in Beaufort to support Beaufort’s Black business owners.

The new home of the chamber, 711 Bladen Street, is a $2+ million property, 15,000 square foot multi-purpose facility that will house – in addition to the chamber’s offices – an incubator, a restaurant, an art gallery, meeting space with commercial kitchen, and space for additional retail businesses. With the generous support of Bank OZK, the BCBCC is positioned to thrive.

The crown jewel, though, is that the facility also houses the chamber’s Community Development Financial Institution (CDFI). One of the few chambers in the nation that have achieved this U.S. Department of the Treasury designation, the CDFI has propelled the BCBCC to being recognized as the “2018 USBC Chamber of the Year” during the U.S. Black Chambers (USBC) annual conference. Each year the USBC intensively reviews its affiliate chambers impact as it relates to stimulating the Black business community and supporting Black-owned businesses. Rightfully so, The Beaufort Black Chamber took home the award for Chamber of the Year.

The BCBCC has been certified as a Community Development Financial Institution (CDFI) since 2017. The CDFI certification means that an organization meets the requirements described in the CDFI Program regulations. These requirements include the following: having a primary mission of promoting community development; predominantly serving and maintaining accountability to eligible target markets; being a financing entity; providing development services; and being neither a government entity nor controlled by a government entity.

“An African proverb tells us that ‘if you want to go fast, go alone, but if you want to go far, go together,’” Board Chairman Bernard McIntyre reminded the audience of more than 200 supporters who came out to witness the ribbon-cutting ceremony. “All of us here today can be proud of being a part of making this dream become a reality. No matter the setbacks… no matter the bumps along the way, let’s keep working together!”