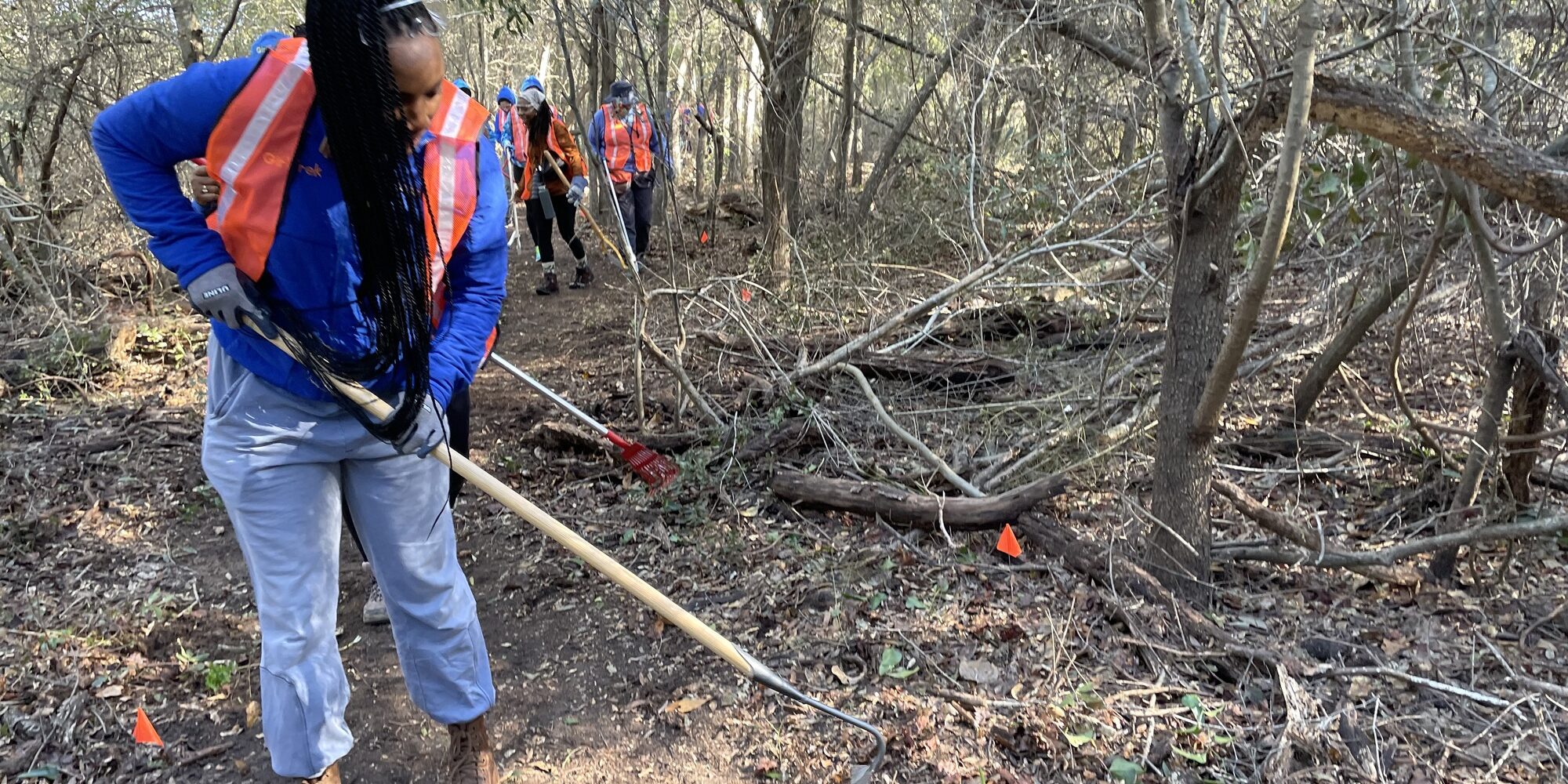 The Martin Luther King, Jr Day is a Congressionally designated day of service  – “a day on, not a day off.” At National Park Service sites around the country, volunteers participated in dozens of projects as part of a national effort to honor the legacy of Dr. Martin Luther King, Jr by giving back to their communities. At Reconstruction Era National Historical Park, those volunteers included the national staff of GirlTrek,  who restored parts of the Capers Creek Nature Trail at Penn Center on St. Helena Island on Monday, January 16, 2023.

GirlTrek is “a million Black women strong, and is currently the largest nonprofit for Black women’s health in America. Our national staff is here at Penn Center for a planning retreat in the footsteps of civil rights activists, including Dr. King, on Dr. King’s Birthday” said Morgan Dixon, one of the group’s co-founders. Penn School was established in 1862 as one of the first schools for formerly enslaved people at the dawn of Reconstruction, and a century later, organizations like the Southern Christian Leadership Conference visited the site for their own planning retreats during the Civil Rights Movement. Today, the Penn Center National Historic Landmark District is one of the iconic sites in Beaufort County, South Carolina, and in 2017 was included as a part of Reconstruction Era National Historical Park.

While coordinating their planning retreat, members of GirlTrek reached out to National Park Service rangers at the park explore ways to celebrate the legacy of Martin Luther King, Jr with a volunteer project. Working with park volunteer coordinator Rich Condon, the group decided that they wanted to help restore parts of the Capers Creek Nature Trail through Penn Center National Historic Landmark District that will connect Darrah Hall to sites associated with Dr. King’s presence at Penn Center. “National Parks are all about community and the work we did with GirlTrek today is going to open up a really special part of the park to the community, and we’re so excited” said park superintendent Scott Teodorski.

Vanessa Garrison, one of the founders of GirlTrek, said “We believe that outside is a sanctuary that all Black people should have access to.” Thanks to the work of GirlTrek and other volunteers, future generations of visitors to St. Helena Island will have the opportunity to access the outdoors and to connect to history at the Penn Center National Historic Landmark District. The park is beginning plans to develop maps and signage along the trail, and in the future, plans to hold a ribbon-cutting to officially reopen the trail. Visitors can access the trail either at Darrah Hall or at the Retreat House at Penn Center.

Beaufort named among 10 small towns for Black Americans to move to
January 9, 2023